If you've been reading this blog, you'll know something about How to Be in the World: An Abecedarian Commonplace for Living. This is a portfolio of 26 sheets that each contain an illuminated letter, a verb, and a favorite quotation relating to that verb. Written and drawn all in pencil, these pages were developed over a number years. It was featured in Letter Arts Review earlier this year, and I also made a clamshell box to hold the stack of original sheets.

As of the end of April, there are only a few of the 100 print versions of this portfolio left for sale. Twenty-nine pages enclosed in an embossed, printed folder. $25 each, postage paid to US.

A few weeks ago I had the pleasure of attending Harvest Crittenden's workshop hosted by the Big Sky Scribes in Helena. The subject: Spencerian script. I had never studied this hand before. Harvest is very organized and clear, and we learned a lot in a short time. Now all we have to do is ... practice, of course.

I haven't been as regular about it as I could wish, but yesterday I sat down to practice in earnest again. I began with 2 pages of warm-up exercises designed to build kinetic memory. After the page of cross drills, I decided to simply trace, in pencil, a letter written in the 19th century in Spencerian. It helped to teach myself the rhythm of the script, and I was surprised to discover by that method a few things I had been glossing over. Then I wrote a letter in Spencerian using a ball-point pen. I have this lovely ball-point pen with a 0.3 mm point, and I didn't want to get out ink.

Here's the cover of this year's membership directory for Big Sky Scribes. Amity Parks' pencil workshop is still alive and kicking in my studio, all right. 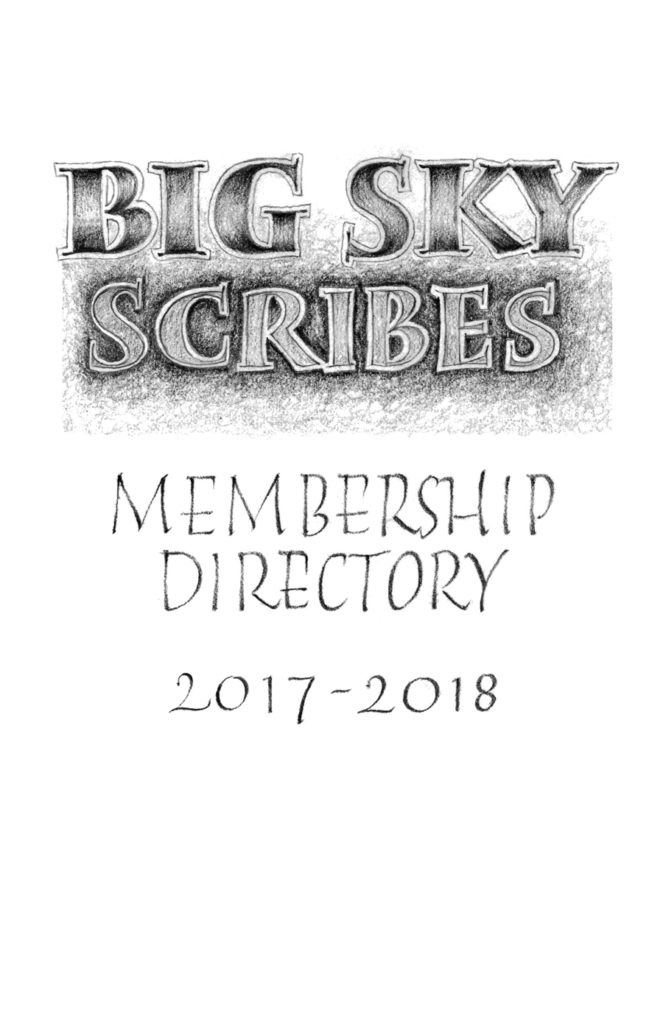 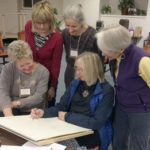 It looks nothing like the 4 or 5 or 6 layouts I tried during the actual workshop. Here you see me getting by with a little help from my friends  🙂

Today's portfolio page brought to you by the letter N: 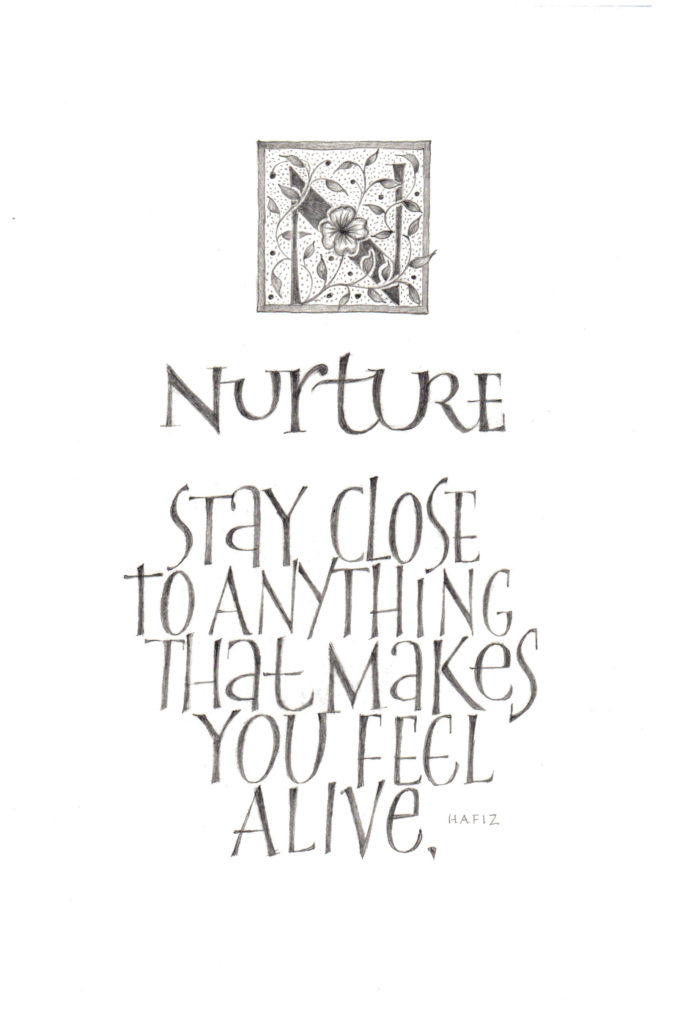 I'm simply addicted to pencils now. Here's one I did in mid-April:

We just returned from a trip to Cuba, which is why it's been so quiet around here. Look for the Cuban influence in succeeding posts. This yuma had a great time.

I've been so enamored of the pencil since Amity Parks' workshop. I'm starting to think about moving back to the wet stuff. I still like drawing the letters, though; I may take that back to gouache and sumi ink.

Remember this post? wherein I claimed to be making progress. Hahahahahaha.

I've scrapped those pages, and the minuscule progress I've made since then, to make it a pencil-only portfolio. Here are two completed pages. We will make portfolios for our projects in August, so I really do have to get cooking on these.

I'm loving my new pencil journal. Here's a page I started right after the workshop but just finished yesterday morning. Really, the lines are straight. It's just that the page was folded back and set on a cushioned chair.

Also, tweeted here in the US and retweeted as far away as New Zealand. And picked up and used in Facebook headers.

In association with the Woman's March on Washington, there was a call for posters and banners. The deadline was today. Here's my poster submission, done in pencil, scanned and stitched together in Photoshop: 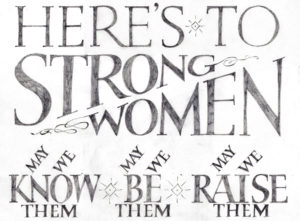