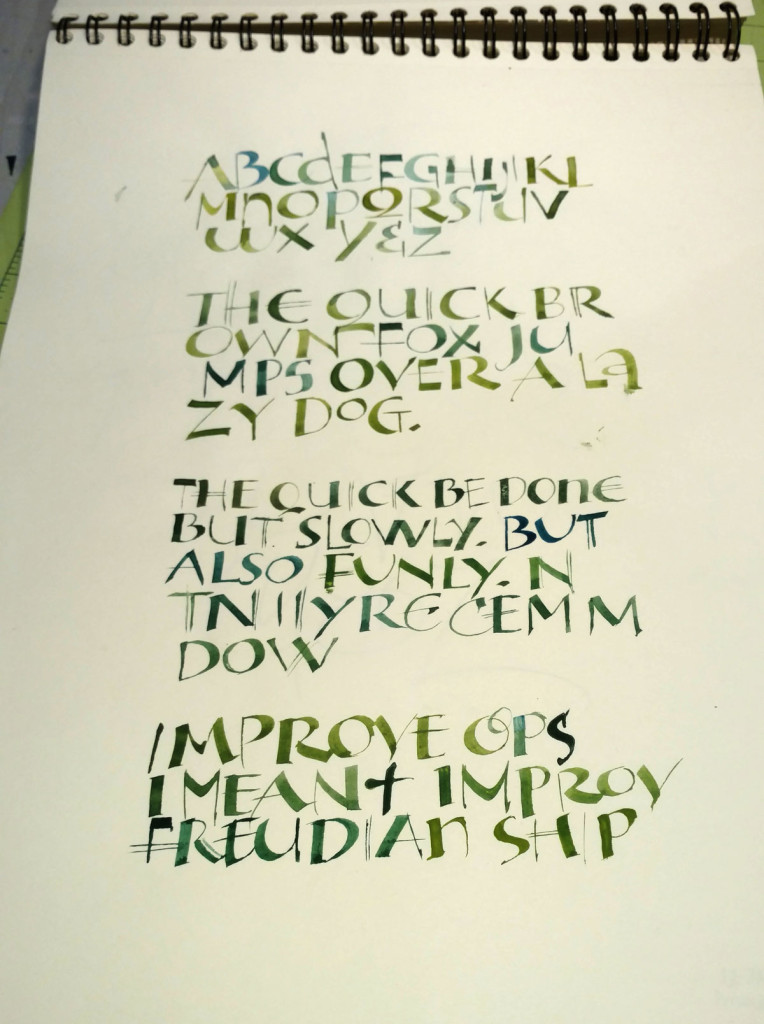 Last week a friend pointed out a Facebook post by John Stevens: some "wrong weighted"
lettering, as he calls it, that she was working to emulate. I can't find an example on his website, but if you're on Facebook you might be able to see it here. I think it requires some time and enough kinetic familiarity to get a good rhythm going so that the strokes have more life than mine do. In the Facebook post, John calls it the "syncopated rhythm of Ben Shahn mixed with broad pen calligraphy." In earlier posts here and here, you can see some of my attempts at the Ben Shahn lettering he references. Later, I used that lettering in a book commission of poetry by Madeleine Gomez: