This summer, the lyrics to the Johnny Cash song, "I've Been Everywhere" are apropros. My version:

I'll start with the last – no, the penultimate – place we've been: New York City. While husband and son were at a Yankees game, I visited some of my favorite place to see art in the city. 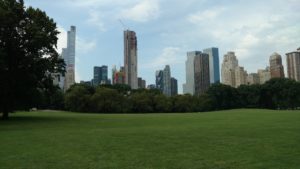 From the Upper West Side, I walked across Central Park to get to the Grolier Club on 60th. It was a beautiful way to start the day.  I was to log 20,000+ steps visiting seeing art that day. 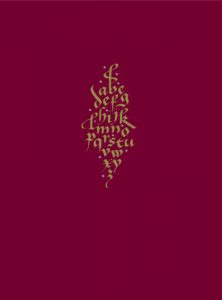 The highlight: "The Calligraphy Revival - 1906-2016" on exhibit at the Grolier Club. Wow! One room, nearly every major calligrapher beginning with Edward Johnston, one piece per calligrapher, nearly all of the artwork from the the collection of Jerry Kelly, the curator. Wow! I'm getting the catalog, which is available from John Neal Bookseller and Oak Knoll Books. At $45, it's not cheap, but ... wow! There are pieces you won't see anywhere else. 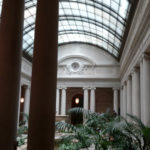 Then I walked up Park Avenue to The Frick, where I discovered that The Frick, The Morgan, and Neue Galerie have now collaborated to offer the Connoisseur Pass, which gives you admission to all three places for roughly the price of two. (I didn't make it to the Neue Galerie this time, but the pass saved me $2 anyway.) I promptly sat down in the lovely courtyard for a rest. Like The Morgan and Neue Galerie, this building was originally a private home and the owner's collection formed the basis for the museum's holdings.

I had planned to walk on up to the Met, but I thought I might be able to persuade my husband to visit there the next day. (I was right.) So instead I took the subway down to The Morgan, perhaps my favorite place to see art.  Their exhibits are always to interesting to us manuscript people, and it's not overwhelming.  The most interesting thing I saw there that day: drawing of "Poussin, Claude, and French Drawing in the Classical Age". The images of the exhibit at The Morgan website can't begin to do them justice.

It was a lovely day in New York City.