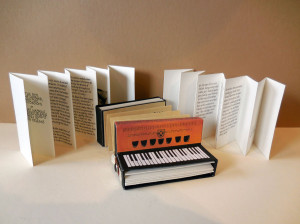 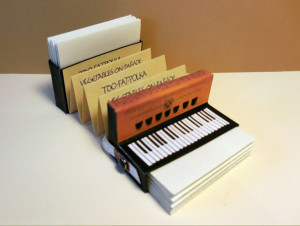 The bellows alternates these two sets of lyrics.

The project was as much a graphic design puzzle as a calligraphy and bookbinding endeavor. I drew, painted, and lettered various parts of the book, scanned them into Photoshop, pasted it up in InDesign, and printed the parts on an Epson WorkForce 1100.